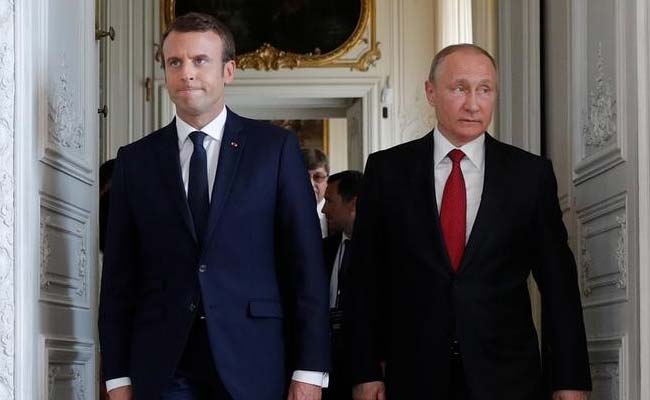 Tens of thousands of people are believed to be trapped in Ukraine since Russia invaded its neighbour.

French President Emmanuel Macron said on Friday that he was hoping to have more talks with Russian President Vladimir Putin “in the coming hours” regarding the situation in Ukraine and any plans to help people leave Mariupol.

The southeastern port of Mariupol, a city of 400,000 before the war, has been among the worst hit by the Russian bombardment. Tens of thousands of people are still believed to be trapped with little access to food, power or heat, while the city around them has been reduced to ruins.

Moscow signalled on Friday it was scaling back its ambitions in Ukraine to focus on territory claimed by Russian-backed separatists as Ukrainian forces went on the offensive to recapture towns on the outskirts of the capital Kyiv.