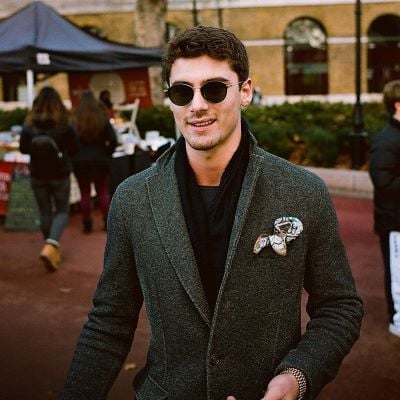 Iman Gadzhi’s net worth is $30 million. His major income sources are YouTube, businesses, and courses. His channel has been consistently pulling over a million monthly views for a while now. As per our estimations, he makes over $40,000 a month in ad revenue. It is also believed that he’d surpassed half a million dollars in ad revenue this year. Though he has now got a bigger audience, he stills isn’t seen working with any brands for sponsored videos.

Born in a Russian family in Dagestanskie Ogni, Dagestan, Russia, Iman Gadzhi celebrates his birthday on the 3rd of January. His nickname is Iman while he is a Capricorn by zodiac sign. Though he hasn’t even graduated high school, he is very intelligent. He dropped out of high school in order to pursue his dreams.

Iman Gadzhi is an unmarried man. Also, it looks like he isn’t romantically linked with anyone at the moment. However, he has been in more two relationship previously. His first relationship was during his mid-teenage years. It lasted for two years before they broke up. Also, he dated a person named Natasha as well.

He belongs to a Russian-Christian family and was born to a single mother. His mother’s name is Magomedova Gadzhi. He didn’t have a glance at his father as he left before Iman even came into existence. Due to his family’s poor financial condition, his mother worked various jobs in order to keep the family running. For this reason, he spent the majority of his childhood days alongside his grandmother.

Iman Gadzhi began taking his life seriously during his teenage years. In order to support his mother, he decided to try various side hustles to make some income. Initially, he tried buying and selling Instagram accounts but eventually failed after making one poor decision.

Regardless, things began to work out for Gadzhi after he struck an incredible idea. As a kid, he loved playing football and offered a football club’s owner to manage their channels. Though he relented at first, he eventually agreed to a £300 monthly fee. After working for a few months, he went on to find another client and ended up negotiating for £1,000. In a matter of few days, he found another client for £750. Eventually, he dropped out of school as he was making decent money for a teenager.

Though he continued to work for a few clients in the next few months, he started losing clients. After this, he tried selling Facebook ads services but that didn’t go as per his plan. An idea came into his mind which was to focus on sales and operations. This worked out for him like a charm and he went on to generate tons of profits.

After sharing his journey on social media, one of his fans asked to teach him how to build an agency. After teaching the person for £100, he realized the potential of coaching and later on started a course as well. He managed to make tons of sales and generate great passive income too. To share online programs, he launched a company named Grow Your Agency which generates six-figure profits annually.

Not just that, he also started another company named IAG Media, an e-commerce marketing agency. The company works with various businesses & uses paid advertising to generate higher profits. To date, his company has generated over $63 million while spending only around $15 million for their 57 clients.

As mentioned above, he used to document his life on social media for a very long time period. He initially started his YouTube channel to share fitness content. However, he made a switch by sharing motivational videos for a while.

Finally, he stuck with making entrepreneurial videos where he is usually seen sharing his journey and giving tips to beginners. This is when his channel began to pick up some reach and saw some decent growth. With consistent uploads, he hit the 100k subscriber milestone in June 2019. One of his first viral videos was titled, “17 Year Old High School Dropout” which received over three million views in a year. Due to unknown reasons, Iman has removed the video from his channel.

Since the channel hit 100k subscribers, there weren’t any major ups for a couple of years. As a matter of fact, his channel growth really picked up in the year 2022. At the beginning of 2022, his channel had less than 200k subscribers. His channel grew by more than five times this year as it surpassed one million subscribers in November 2022.

In fact, his most popular video available on the channel titled, “Best Online Business To Start As A BEGINEER (2022)” has over two million views was uploaded earlier this year. Looking at the channel numbers, it currently has more than 1.07 million subscribers with 33 million total video views.

Looking at his businesses, he currently operates three businesses namely Grow Your Agency, IAG Media, and Gadzhi respectively. As per a page on Grow Your Agency website, the company generates over $45,000 in profits each month. It is believed that this page hasn’t been updated in a while and the numbers have significantly gone up now.

His second business is way more successful. He worked with popular companies across the globe and managed to impress them through unbelievable ROI. As per our calculations, the companies is estimated to generate seven figures profits this year. Looking at his most recent business, Gadzhi is a clothing company. So far, he has already dropped four collections and succeeded in selling lot of apparels too.

Though he initially made tons of money through courses, it seems that he stopped making courses right now. Leaving this aside, he invests a lot of his money in high returning assets, especially properties. Not just that, he actively invests in stocks and cryptocurrency. We believe that his investment portfolio has surpassed $10 million mark this year.