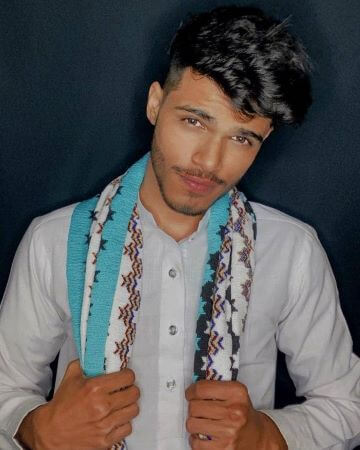 Keshav Maloo (Sarcaster) is an Indian content creator who make funny reels and make everyone laugh through his videos. He is 23 years of age as per 2022.

He is doing B.Tech in computer science from Thapar University, Patiala. He has also a vlog video in which he is going to his University in an Auto.

He was born on 1st January, 1999 in Ratnagarh, Rajasthan. He has been raised by his parents in Amritsar, Punjab. He was a bright student who use to study in Bhavan SL Public School, Amritsar, Punjab.

While he was 10 years old he was suffering from loose motions and pooped in his clothes and threw that shit in his neighbour’s house.

He started making memes in 2017 when he stopped preparing for Jee, as it was his Ex’s idea. Keshav Maloo started making funny short reels and got the love of people gaining massive number of followers.

Many meme pages also supports him by posting his videos. One day Ashish Chanchalani commented on his meme and Harsh Beniwal retweeted which made sarcaster so happy.

He is a skinny but a fit guy. He has black eye color and black hair making him a handsome man. Due to his creative skills he has been able to catch a huge number of audience on Instagram and is continuously working on it. But as of 2022 Keshav Maloo’s youtube channel has not much growth.

Some Facts About Keshav