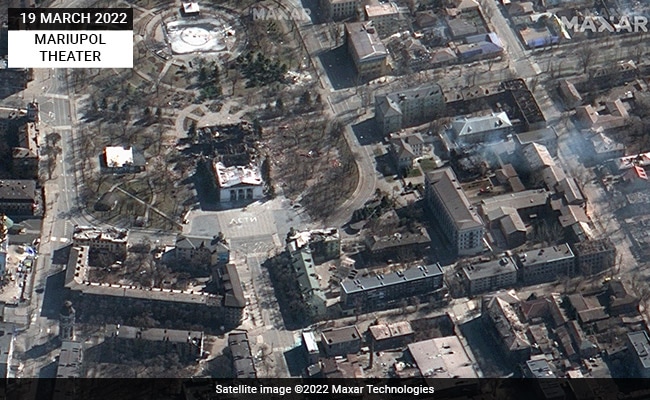 The strike on the theatre in Mariupol drew international condemnations

The latest satellite imagery from Ukraine’s Mariupol show the significant damage caused in the airstrike on the Drama Theatre.

The image released by Maxar show significant damage in and around the building. The building was attacked on Thursday when it was housing thousands of refugees. Ukraine has accused Russia of the airstrike, though Moscow has denied the attack.

The bomb shelter under the theatre survived the impact and no person was killed in the attack, the city authorities said. 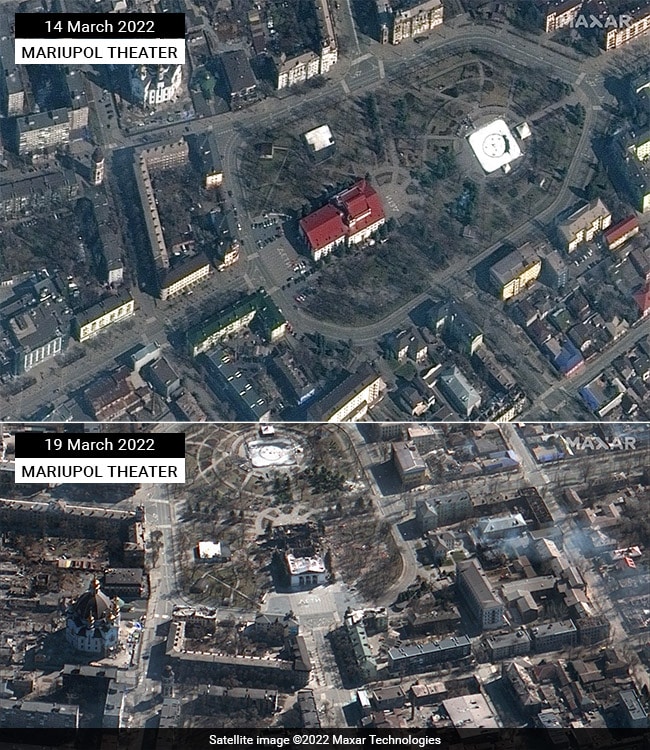 Ukraine’s President Volodymyr Zelensky said 130 people had been saved after the bombing, but hundreds were still beneath the rubble.

The strike on the theatre drew international condemnations.

Satellite images of the theatre taken earlier this week before it was struck show a large structure with a red roof and the Russian word for “children” painted in large white letters on the tarmac at the front and back.