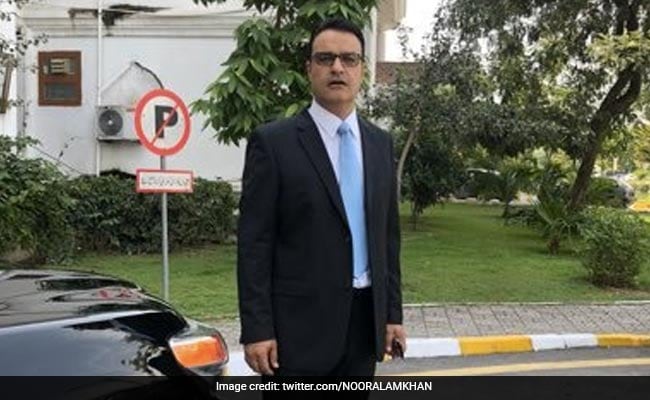 Dissident lawmaker of Imran Khan’s party Noor Alam Khan has said that he has received death threats, ahead of a no-confidence motion against the Prime Minister.

Pakistan Tehreek-e-Insaf (PTI) MNA Noor Alam Khan was among those 24 leaders who have announced they would not support Prime Minister Imran Khan during the vote of no-confidence against him.

The Friday Times reported that Alam Khan shared a screengrab of the messages, claiming that he had been “Receiving threats telling me what we did with Benazir Bhutto Shaheed and Bashir Bilour Shaheed will do with you and your three sons.”

The threats come as a group of angry workers of the PTI broke the gates at Sindh House, forcibly storming the property until police were called on to respond.

Two PTI MNAs, Faheem Khan and Attaullah Niazi, were arrested for leading the attack on the Sindh House, along with other members of the mob.

It is reported that 24 Members of the National Assembly (MNAs) of the ruling Pakistan Tehreek-e-Insaf sought refuge in Sindh House ahead of the no-confidence motion against Prime Minister.

MNAs said that if MrKhan assures them no action will be taken against them, they are ready to go back to Parliament Lodges, reported Geo News.

PTI’s disgruntled member of the National Assembly Raja Riaz said that many other ministers are ready to come here, however, “Pakistan Muslim League – Nawaz (PML-N) is unable to accommodate all the members.”

However, those lawmakers reportedly shifted from Sindh House to unknown locations.