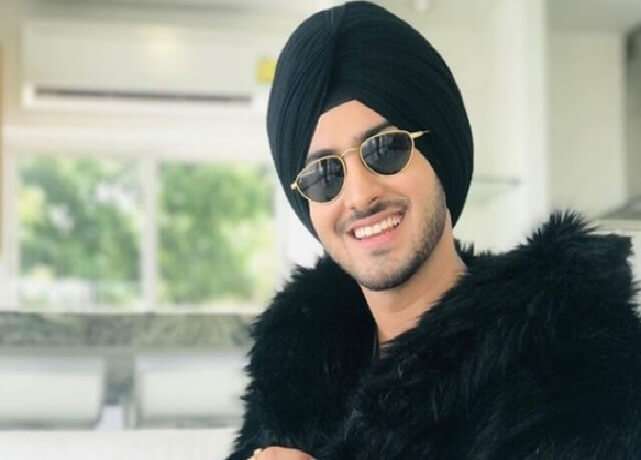 Rohanpreet Singh’s net worth is $1 million or 7 crores. He is a well known punjabi singer married to Neha Kakkar. He earns by making punjabi songs and performing in his concerts. He has more than 3.8 million followers on Instagram – rohanpreet.

Rohanpreet Singh is extremely talented musical artist known for punjabi songs who has participated in different T.V Reality shows like Sa Re Ga Ma Pa Lil Champs in 2007 and stood at first position. He also participated in Colors T.V reality show Rising Star in 2018 and was a runner up.

He was brought into this world on 1 Dec, 1994 and he is 29 years of age as per 2022. He is the husband of Neha Kakkar who is very famous for her songs in bollywood. There is a difference of 4-5 years in their age.

Rohanpreet Singh is married to a famous Bollywood singer Neha Kakkar on 24 October 2020. Basically Rohanpreet came into limelight after marriage with Neha Kakkar who is 34 years old and Rohanpreet is 6 years younger than her.

After ranking first in 2007 Sa Re Ga Ma Pa , Rohanpreet got many opportunities of live shows after performing in different T.V reality shows in countries like London, Malaysia, Thailand, Indonesia etc.

He Released his first song Bang Gang in 2017.

In 2018 He participated in Colors T.V’s live reality show Rising Star Season 2. He got decent name and fame from that show but in the end Rising Star title was won by Hemant Brijwasi. He was the cutie pie of the show.

After that he released many singles such as Taqleef , Hello Hi , Ainkan Kaiyan and Pehli Mulakat.

Rohanpreet Singh also participated in Color’s T.V show Mujhse Shaadi Karogi and competed with others to impress the famous Actress Shehnaaz Kaur Gill in that show. Rohanpreet along with Balraj Syal (Comedian) , Mayank Agnihotri (Businessman), Indeep Bakshi (Singer) and Mayur Verma (TV actor) competed with each other to impress their princess Shehnaaz and went out on date with her.

Before his marriage he had a relationship with his girlfriend Mehrnigori Rustam who is a famous singer in Tajiskistan.

Rohanpreet Singh was born in a lower middle-class family and he was a very brilliant and smart child right from his childhood. He Started learning singing when he was just 3 years of age.

With the hardwork and great efforts of Professor Gurmukh Singh Sehgal Rohanpreet Singh became an expert in Indian classical music. He then participated in many T.V shows and grabbed the opportunities of performing live across different countries . He earned name, fame and respect from people.

During the shooting of Diamond Da Challa in October 2020 Neha Kakkar told Rohanpreet that she likes her and wanted to date her to which Rohanpreet agreed. Then on 21 October they revealed their relationship through a social media post and held a Roka ceremony .

Neha Kakkar told Rohanpreet to get married as her age of marriage has come. Then on 24 October 2020 they both got married in New Delhi . They also threw a reception party on 26 October 2020 in Chandigarh, Punjab.

Some Facts About Rohanpreet Singh

What is the Net Worth of Rohanpreet Singh?